The state of California has passed Assembly Bill 5 (AB5). This bill is known as the ‘gig worker bill’ and was signed into law in September of 2019 going into effect January 1, 2020. AB5 requires companies that hire independent contractors or gig workers to register them as employees.

If you are a gig worker or work for a company that hires independent contractors, you may be curious about how this bill will affect you or your colleagues. Additionally, this bill will likely affect consumers. Read on for more details and what you can expect.

AB5 states that many workers are classified incorrectly and aims to reclassify them correctly. It entitles workers classified as employees to more labor protections than before. This includes minimum wage, sick leave, unemployment compensation, and more. The case, called Dynamex Operations West, Inc. v. Superior Court, came about over concerns that workers were being misclassified.

Uber and Lyft, both headquartered in California, tried to apply for an exemption to AB5 but were denied. Uber and Lyft drivers are not the only people who will be impacted by the new bill. Overall, the bill minimizes the amount of work freelancers and contractors can do without being considered full-time workers. Therefore, companies like Uber and Lyft must either change their employment systems or start complying with AB5.

It’s important to note that companies can’t simply decide to reclassify their workers and it is finished. They must go through a legal process that includes documenting their employees and complying with the corresponding laws.

Why Were Workers Misclassified?

The distinction between independent contractors and employees is important because it is the difference between whether an employee has worker protections or not. Therefore, people working in the gig economy were not protected from discrimination or sexual harassment while on the job. When one sector of the economy is not protected because of misclassification, it lowers the foundational standards for all workers.

Additionally, misclassifying employees is a way for a company to avoid paying for the protection of their workers. They can avoid paying their share of additional benefits such as Social Security, Medicare, and other employee benefits such as unemployment insurance. When evaluating this bill, the State of California estimated that the total revenue loss to government sponsored employee welfare programs was up to $7 billion.

How Will AB5 Affect Gig Workers Such as Freelancers and Contractors? 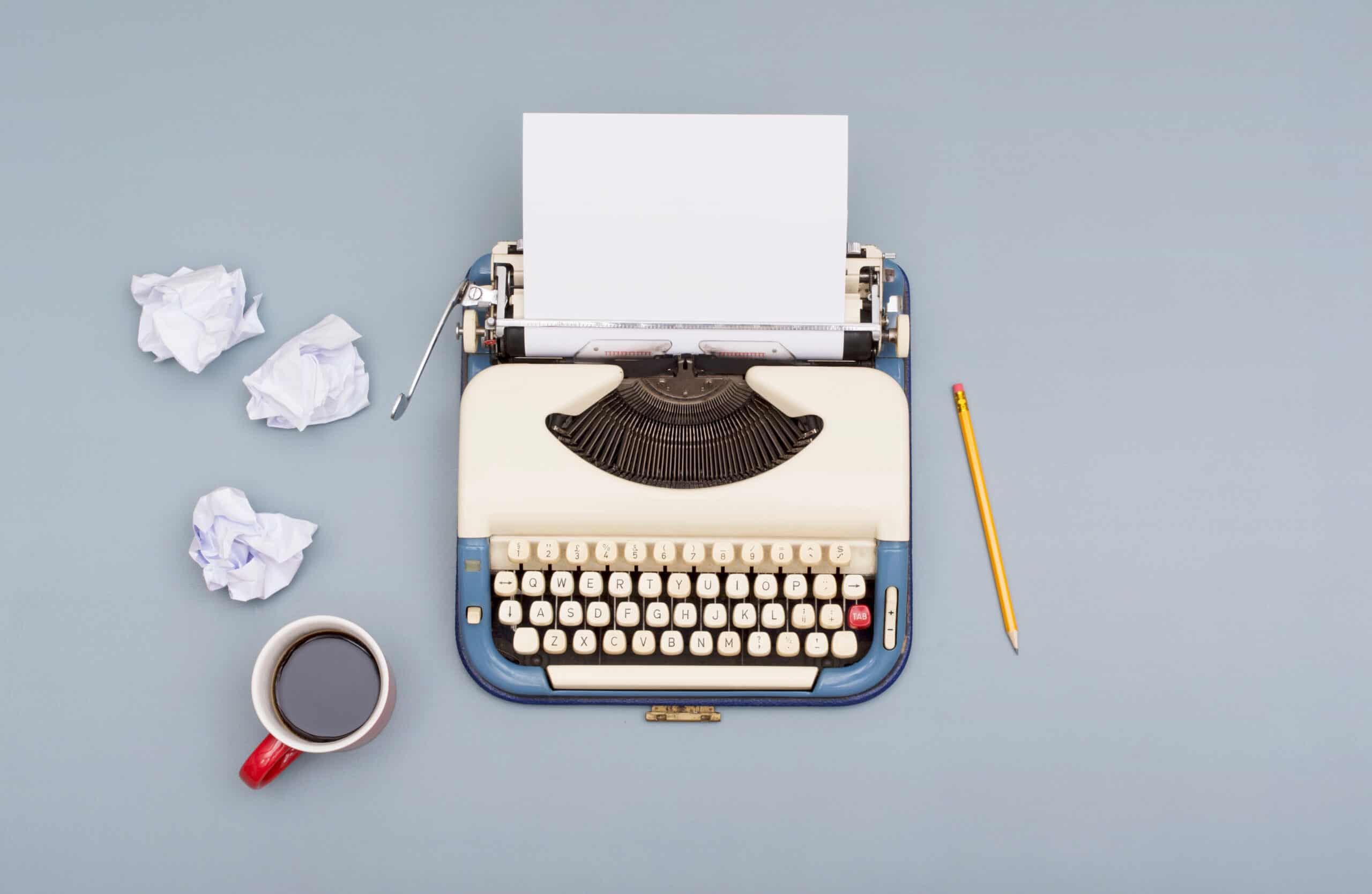 Over 400,000 Californians work for gig platforms, and millions more are independent contractors. The laws will impact gig workers, companies, and consumers alike. To understand the effects of this bill, we must first understand who freelancers and contractors are.

Who Are Freelancers and Contractors?

Some of the freelance workers impacted by the bill are freelance writers, gig drivers such as those for Uber and Lyft, and people who are contracted through cleaning companies. Often, these people have taken or created non-traditional jobs through apps or seasonal work.

There are plenty of exemptions to this law as well. These include doctors, lawyers, architects, accountants, and other individuals who are not considered contract labor. AB5 also exempts business-to-business contractors if they meet a specific set of requirements.

AB5 will change how companies treat their new employees. Workers will now be entitled to receive the following:

Contractors can’t apply for unemployment insurance when they lose a job or gig. They also do not have protections such as minimum wage or overtime, and they can’t form a union. These are rights reserved for employees.

People who are newly considered employees will also face some setbacks. For example, they will be expected to adhere to employee standards of performance and more. For further example, Uber drivers may no longer be able to choose when they do or do not work. What was once attractive about the gig economy may no longer apply to a lot of individuals.

Another drawback is gig workers may not have the flexibility to work for multiple clients or may lose their jobs completely because it’s too costly to convert them to an employee. Therefore, it may be impossible to make living the same way they did in the past.

Additionally, contractors won’t be able to save for retirement the way they have in the past. If the company they work for doesn’t offer a 401(k) plan, they may only be able to save up to $6,000 per year with an IRA ($7,000 if they are over 50). While this is a good start, it might not be enough for the older savers. California gig workers could save above a typical IRA by utilizing accounts such as Solo 401(k)s or SEP IRAs. These workers could contribute nearly 10 times as much. If they become an employee, they won’t make nearly as much and won’t be able to save as much.

How Will AB5 Affect Companies?

Now, companies will be mandated to provide some benefits to these individuals. For companies that reclassify gig workers as employees will have to evaluate the cost of employing their gig workers. Giving all the newly classified employees benefits can add 30% to labor costs.  If the companies must pay the minimum wage, it will change the payment structure of many of these apps. They may also have to provide time off, health insurance, or pay unemployment insurance.

Additionally, companies appreciate the flexibility of freelances as much as the gig workers. Time will tell if these additional expenses will affect the profit of the company, or if these benefits will make people more likely to work for them.

As companies figure out how to remain profitable while offering benefits to millions of new employees, consumers may see a difference in pricing structures. The cost of goods and services rendered by companies that rely heavily on gig workers will likely increase to help the companies maintain profitability. Health care providers may have issues staffing remote clinics if they need to hire freelance medical specialists. Companies that outsource cleaning labor will likely see an increase in price as the third-party companies will have to cover the cost of benefits.

While this bill only affects California now, it is likely to spread to other states. Here are a few things to consider:

Even if you don’t live in California, it’s possible that a bill like AB5 will be introduced in your state or on a federal level. While the bill seeks to protect gig workers, it may also end up creating more restrictions for them as well. Additionally, the bill places a significant financial strain on the companies with gig workers keeping them afloat. While it’s unlikely that California will allow these tech companies to go under because of this bill, it is important to keep an eye on the outcome for both the government and the companies, as well as the gig workers. This way, we can gauge how similar bills will affect other states in the future.

What do you think? Will this bill indeed help gig workers and independent contractors or hurt them? Let us know in the comments below! And if you haven’t already, contact your local elected officials to let them know your stance on the bill (and any similar bills in your area). 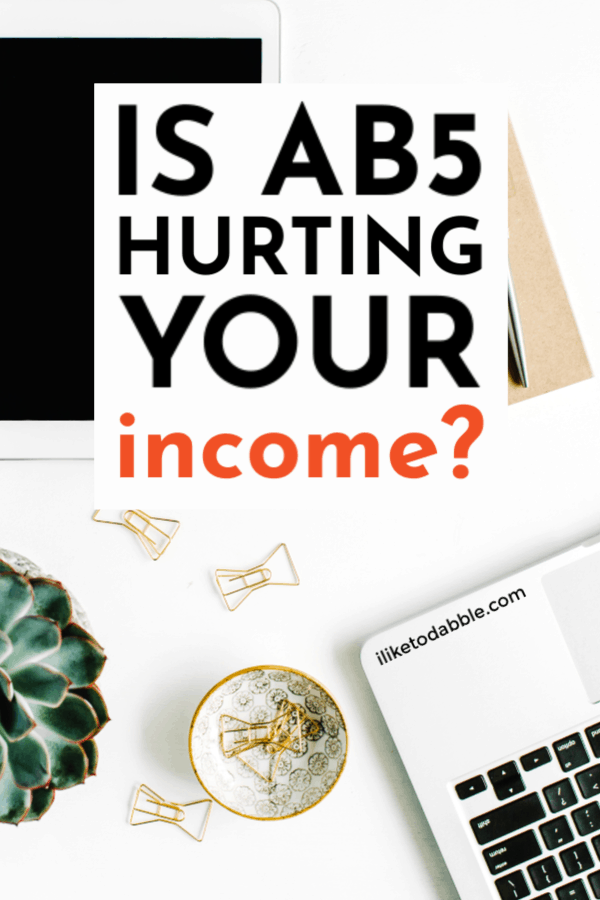 Ashley Chorpenning
Ashley is a personal finance writer and content creator. In addition to being a contributing writer at I Like to Dabble, she writes for solo entrepreneurs as well as for Fortune 500 companies. When she’s not calculating her net worth or reading the hot new finance book, you might find Ashley cage diving with great white sharks in South Africa.

JOIN THE FREE MONEY CHALLENGE!
I'M IN!
Scroll to Top