Although it was once for boys, we can all agree that the color pink is typically associated with femininity in our modern society. So when we talk about Pink Capitalism, and what it means, the first thing that may come to mind is women.

What many don’t realize, though, is that historically the color has also been associated with another group: The LGBTQIA2S+ community.

When Hitler rounded us up, he assigned us pink triangles. When they allowed us to work without discrimination, our newfound income was “Pink Money.” And, when they felt it was time to separate us from that money, it became “Pink Capitalism”.

What Does Pink Capitalism Mean?

Pink capitalism, also called Rainbow Capitalism, specifically targets the LGBTQ+ community. On the surface it gives the impression that businesses are in support of these marginalized groups, but the historic reality of Pink Capitalism is that it’s also harmful to the queer community.

Like much of the early fights of the LGBTQ+, Pink Capitalism originally centered around gay men, but over time began targeting lesbians and transgender folks as well. Thus the change to “Rainbow Capitalism” in recent years.

Once upon a time, well really not that long ago, LGBTQ+ people were not only repressed, but prosecuted in almost every part of the world. There was a strong uptake in homophobia after WWII and especially during the Cold War, with many capitalist societies like the US, Canada, and the UK believing LGBTQ+ people were dangerous.

This “Lavender Scare” fuelled tensions, eventually leading to the Stonewall Riots which most people know as the origin of Pride. It didn’t happen overnight, but sure enough annual celebrations grew and, with the addition of the rainbow flag in 1978, queers started seeing corporate support by the 80s.

It was around that time that legalization and anti-discrimination laws for homosexuals started popping up in the western world. By the time the 90s rolled around, there were fewer barriers for gay people to work.

Suddenly you could be loud, proud, and employed.

Early Advertising to the LGBTQ+ Community

See a need, fill a need. Just like any other form of capitalism, there is an argument to be made for why Pink Capitalism, at least initially, was not good or evil. For example, you can think Tesla is overvalued and hate Elon Musk, but that doesn’t change the positive benefits of more electric cars on the road.

People wanted to live without facing discrimination, so neighbourhoods catering to LGBTQ+ folks started popping up. These came with businesses and services that would appeal to queer people.

While at first these might have been less desirable communities, it became apparent that bringing in LGBTQ+ people fuelled gentrification, thus more areas began advertising their acceptance to encourage queer people to move into their neighbourhoods and support their businesses too.

Whether it’s Subaru advertising to lesbians after discovering they were buying their cars or Absolut specfically marketing to the LBGTQ+ community since 1979 because they were ‘trendsetters’, it became clear that this ‘niche’ group of consumers was highly valuable.

Rise of the Pink Dollar

It wasn’t that gay people had something special, it’s what they didn’t have that made them valuable consumers – children. With both adults in the couple working, and no child-related expenses, advertisers soon realized LGBTQ+ had disposable income.

The Pink Dollar, or Pink Money, is used to describe the buying power of LGBTQ+ folks (Pink Pound in the UK). In 2019, this number was $3.7 trillion dollars.

That money is used for everything from political activism (donations, avoiding anti-queer businesses) to consumption; and brands want in.

From a business sense, marketing serves multiple functions. By communicating brand values through ads, you don’t just sell your product, but your allyship too. Used well, companies can tap into that $3.7 trillion, queer people can have products, and in theory anyway, everyone wins.

I mean, that is the basis of capitalism, right?

Up until now, we’ve been operating under the idea that this rainbow marketing is genuine and mutually beneficial. But is it?

Gay One Month a Year

As we move into a new era of LGBTQ+ acceptance, at least where advertising is concerned, many companies that have never supported queers in the past have come out of the woodworks during Pride.

Just like Michael Buble coming out of his cave right before Christmas, many companies dust off their Pride flags and rainbow merch sometime in late May so they can pretend that they’ve always been, and always will be, supportive of the LGBTQ+ community.

Many of these companies, including Walmart, Comcast, AT&T, and Home Depot have donated thousands and even millions of dollars to politicians who support anti-LGBT legislation.

In this way, Pink Capitalism is harmful because the company gets to advertise and benefit from “allyship” while simultaneously using some of those queer dollars to oppress LGBTQ+ people.

Even when they’re not actually doing something wrong, many of these companies to claim to be allies during Pride return to “normal” after and continue to exclude queer folks from their ads and policies. We’re not any better off when Pride month ends.

When companies use their brands to advertise to the LGBTQ+ community and further their acceptance at the same time, it not only helps queer people decide where to extend their buying power, but also furthers our movements.

But disingenuous Pink Capitalism is not just preying on an already marginalized group, but actively cheapening Pride as a whole. The fight isn’t over, and if anything we’re backsliding on rights.

The result is a juxtaposition of ‘support and acceptance’ for the LGBTQ+ community amongst increasing social tensions that portrays mainstream acceptance is here, even as we face increasing discrimination.

It’s also worth noting that the Pink Dollar is aligned with the buying power of DINKS, or dual income adult couples with no children. This is more common with gay couples than other subsets of the queer community like trans folks, and there is significant income disparity within the LGBTQ+ community.

The result is that the same groups that founded Pride and need safe communities the most are increasingly pushed out of these spaces due to their lower income.

Smoke and mirrors only work for so long, and the queer community is already wise to the effects of Pink Capitalism. If advertisers want to separate us from our hard earned dollars, they’re going to have to do more than recolor their logo every year.

As long as capitalism exists Pink Capitalism will too. Queer are already using their buying power to engage in wallet activism, and companies should expect that trend to continue.

At the same time, it’s good business to support the LGBTQ+ community. Whether it’s funding for transgender surgery or protecting same-sex marriage legislation, positive legislation puts more money in our pockets; and that means Pink Dollars to share with you. 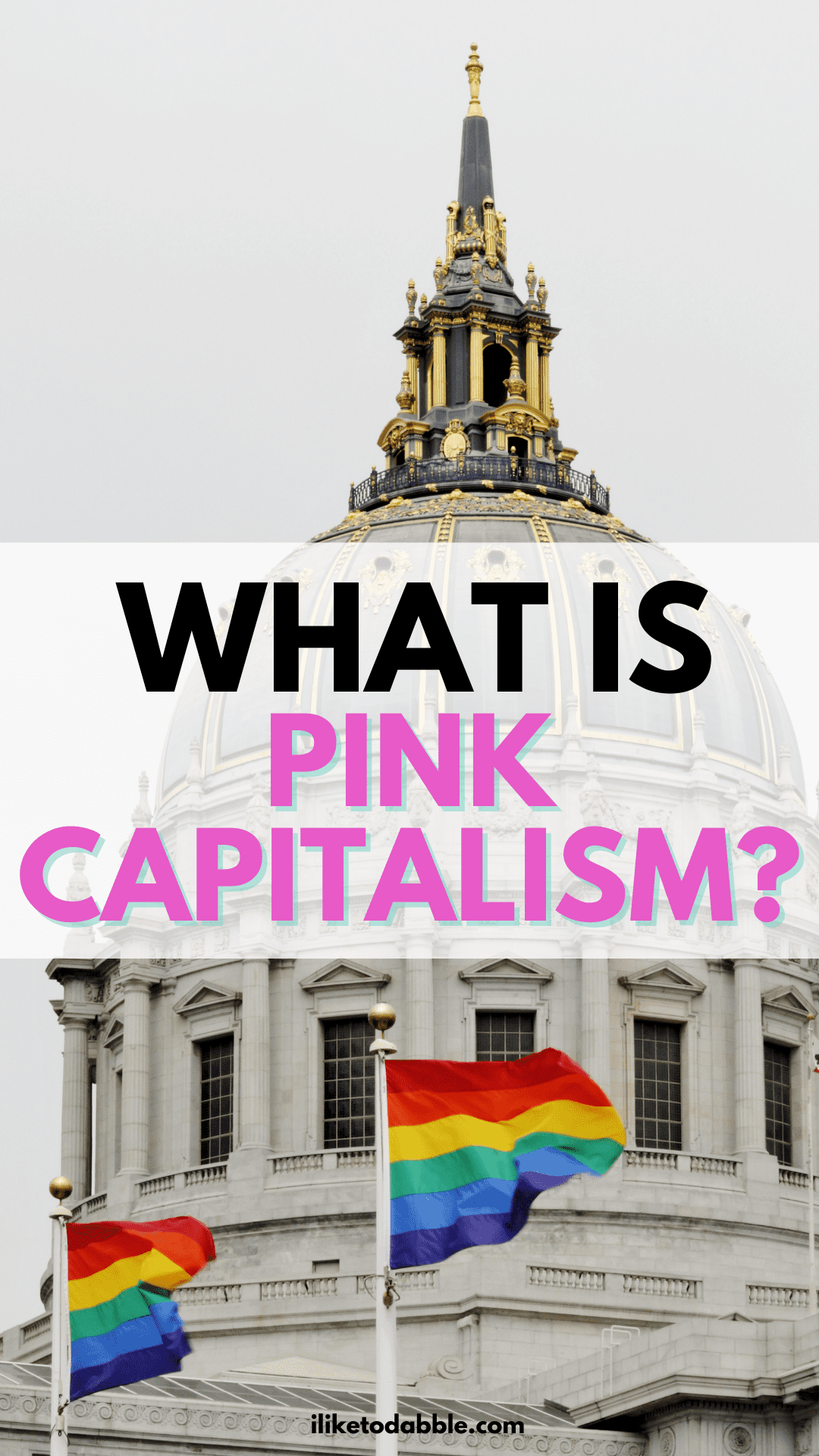 Everett is a professional content creator and marketer with a serious passion for writing. When not juggling their business or raising five kids, you’ll likely find them playing video games, blogging, or exploring.