One of my parents is transgender.

I never realized anything was “different” until I was a bit older and started going to my friend’s houses. I was curious watching different gender roles play out and then began to ask my parents questions. Their answers were nonchalant because, in our family, you were allowed to be yourself.

Because of my upbringing, I’m the friend everyone comes out to first and feels at ease when discussing their next steps in life. While I will never completely understand what it’s like to be LGBTQ+, being an ally has played an enormous role in my life. I can definitely tell you that, just like everything else, there’s a right and wrong way to advocate for those you love.

How to Be an LGBTQ+ Ally at Work

According to Zippia, 46% of LGBTQ+ workers have experienced unfair treatment at work at least once in their lives. Due partially to this along with homophobia and transphobia within American society, there is also an LGBTQ+ pay gap that spearheads the LGBTQ+ wealth gap.

Being an open and public ally for the LGBTQ+ community can help close the LGBTQ+ pay gap and promote fair treatment of your LGBTQ+ peers at work, while steering society in the right way with how they treat others who are different from them. This can be small things like promoting pay transparency and being transparent about your salary when asked about it, speaking up in meetings when you see blatant homophobia, transphobia, sexism, or infantilism and openly vouching for your LGBTQ+ peers work and behavior to your superiors.

For more ways to be the best LGBTQ+ ally you can be for your friends in the workplace (and in life), keep reading.

Related: How Being Queer or Trans Affects Your Finances

Recognize there is more to the LGBTQ community than gay men.

One of the most harmful things people do without realizing it is think the LGBTQ+ community pertains to just gay men. A Gallup poll released earlier this year showed that 57% of the LGBTQ+ population that was surveyed actually identified as bisexual. 21% identified as gay, 14% were lesbian, and 10% identified as transgender. An additional 4% identified outside of the groups previously mentioned.

The LGBTQ+ population is as diverse as a pack of crayons, no pun intended. The point is, you’re not just advocating for the gay guy you randomly met somewhere or who’s been your friend since college. Be open to new ideas about how people identify themselves and who they love. Ask questions when appropriate. And if you’re unsure, it’s better to admit it than offend.

While your employer can’t technically fire you for being gay thanks to a federal Supreme Court ruling, very few states offer protection at a local level. States like Arizona allow protection for those in the public sector but gloss over those working at a private company. Even when protection is from both the federal and local levels, some organizations, such as religious schools, are exempt from the ruling mentioned above.

However, employee rights and a positive work environment shouldn’t be based on laws. Make sure your employer has a clear policy on anti-bullying and harassment of any kind. Bonus points if the employer is classified as an LGBTQ+ friendly company.

Check to see if they celebrate diversity in general in the workplace. Offer to be part of a sunshine committee, so everyone is highlighted for their unique milestones. And if you’re interviewing for a position at a new company, don’t be afraid to inquire about what they do to make it inclusive for people of color and those that identify as LGBTQ+.

Remember, you’re not their voice.

One of the most harrowing experiences I’ve ever experienced as a Latina was being asked to sign off on something representing the Latinx community that didn’t have Latinos/Latinas/Latinxs front and center as the ones speaking.

Instead, two white women were chosen to represent “me.” After much thought, I decided against signing it (mainly because I don’t endorse public shame as a learning tool) but also because these women aren’t my voice. They didn’t experience or struggle with things like I did, so how could they represent me? How was it decided that I needed someone to speak for me when I could speak for myself?

At the end of the day, you are an ally. You may be heavily involved with the LGBTQ+ community, but that doesn’t mean you’re their voice. Your experiences differ from theirs, so no, you don’t completely understand.

You can, however, understand injustice. You can understand discrimination. You can be an advocate through actions and listen to what your loved ones need and how you can best support them. They have a voice and do not need anyone to talk on their behalf.

One of the things that bother me the most is when people brag about being a decent human being to a marginalized group. I see all the time on social media people bragging about polite and sometimes essential human interaction. I’ve seen people brag about supporting their friends’ Patreon because LGBTQ+ representation matters. Can’t you just say they’re cool people who deserve to have their art financially compensated?

I’ve also seen someone say they held the door for an LGBTQ+ person, making me wonder if we were back in the 60s. Can’t you just be polite and open the door for someone just because? Obviously, they’ve never met because I open the door for everyone. Bragging about supporting someone because of their gender or sexuality isn’t being woke. It’s you using a marginalized group of people to make yourself seem like a good person.

Don’t be afraid to challenge those around you.

Certain people have an outdated, or right out discriminatory, way of thinking about others. It may be easier to spot someone who is openly racist or sexist, but it’s not always easy to spot someone who is bigoted. Casual expressions that are homophobic are used in everyday conversations without people even realizing it.

Next time you’re in this situation, correct them. You aren’t everyone’s teacher, but it’s essential to acknowledge moments in the here and now instead of dealing with them later. Kindly correct them and then move on. If they ask why, feel free to let them know that it’s offensive and not an appropriate way to talk about others. It’s also okay to practice boundaries and remove yourself from the situation entirely to protect your peace.

Making a difference with voting starts at a local and state level. Research candidates to make your vote count to see if their political goals match yours. Trust me, you’ll realize pretty quickly if they do. Voting for your local elected officials is equally important at the state and federal levels. City councils, public defenders, and state congressmen can affect public policy, such as the employment protection laws mentioned above.

That’s it. Being an ally doesn’t have to be difficult in any part of your life.

Everyone deserves to be treated with respect, dignity, and love. Let’s remember that. 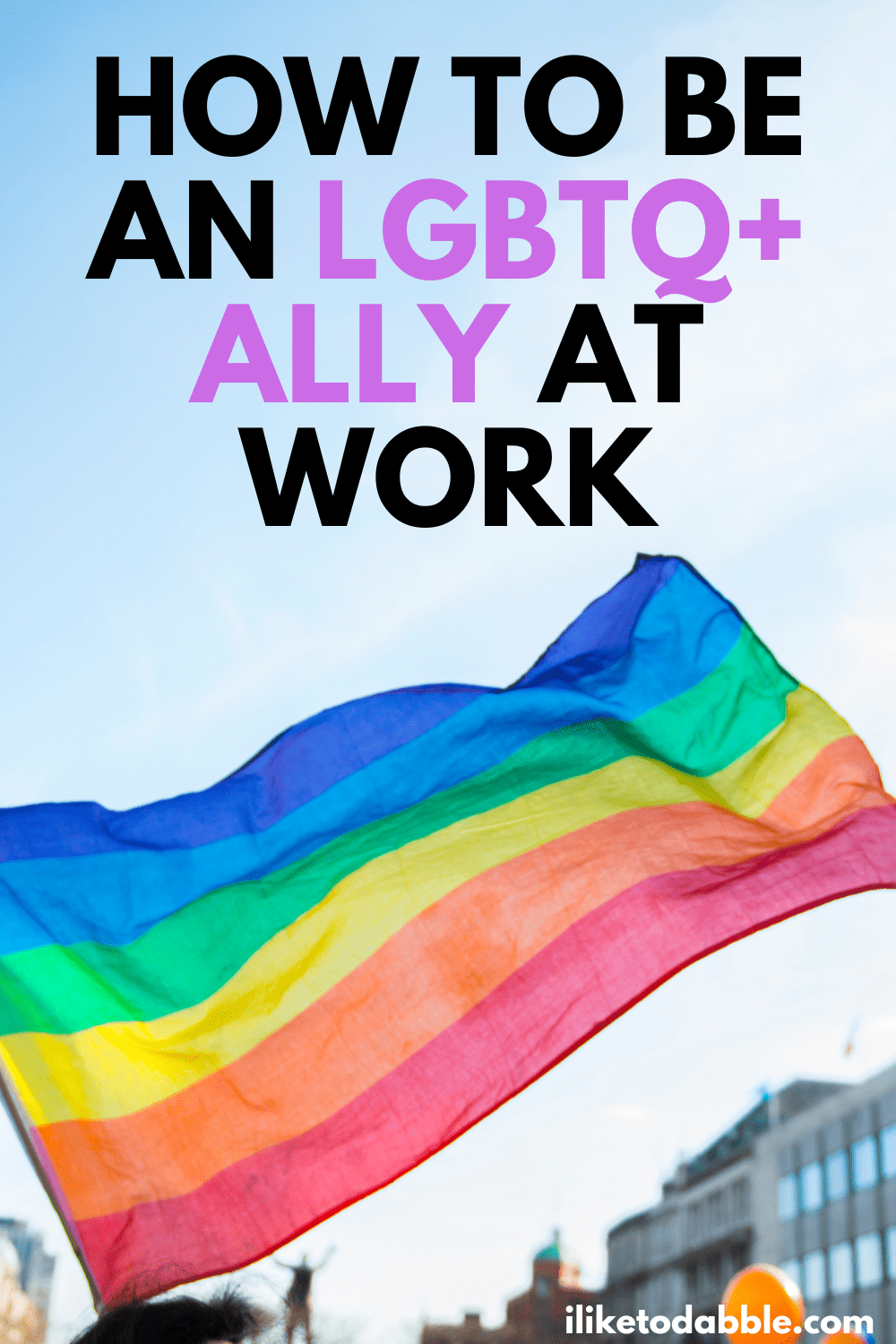 Once homeless in high school, Athena Valentine Lent is now an award-winning nationally published financial columnist for Slate Magazine. When not working, she can be found reading a Stephen King novel with her main man, a polydactyl cat named Harrison George.

JOIN THE FREE MONEY CHALLENGE!
I'M IN!
Scroll to Top