Researching your healthcare is something that every American should do. It’s especially important as a member of the LGBTQ+ community.

While there are many advances in the LGBTQ community’s treatment when seeking healthcare, it’s important to know what complications may occur when looking for insurance provider options, along with what it’ll cost you, and resources to make finding LGBTQ+ friendly healthcare much easier.

LGBTQ+ Healthcare: Why Do We Need To Research Our Healthcare?

The Affordable Care Act (ACA) is a law that was passed to ensure all Americans had access to healthcare. Since healthcare was expensive and did not often cover serious pre-existing conditions, the ACA was a godsend to many. Prior to the ACA, many members of the LGBTQ+ community that didn’t have access to employer-sponsored healthcare plans lacked options, or complete healthcare coverage, which shortened their lifespan considerably.

The ACA still isn’t magical. There are many conditions that one must jump through hoops for and some of these issues specifically pertaining to the LGBTQ+ community.

Even with  coverage, you can end up being stuck with a huge bill. It’s important to know how to navigate healthcare lingo and how to talk to your insurance company so you can be best prepared for the costs and plan for them.

So what exactly should we be looking for when choosing a plan or signing up for healthcare coverage with a new employer?

Many plans under the Affordable Care Act and ones that are purchased privately through an employer still use the transgender community to exclude important services that they should be covering, such as “services related to sex change”, “sex reassignment surgery”, or “gender affirming surgery” to deny coverage to transgender people for certain health care services, according to Healthcare.gov.

In fact, 27 states do not have any laws put into place to protect those from the LGBTQ+ community with private insurance. Additionally, 10 states have state Medicaid policy that explicitly excludes transgender health care and coverage.

When researching plans be sure to look at the contract of insurance. This is routinely called “Evidence of Coverage” or “Certificate of Coverage.” Here, you’ll find what procedures and services are covered or uncovered by the insurance plan and provider. Healthcare.gov says to make sure you pay attention to terms like “gender change,” “transsexualism,” “gender identity disorder,” and “gender identity dysphoria.”

Related: The Costs of Transitioning

There are currently 3 states with state law bans on best practice medical care for transgender youth:

In Alabama, it is actually now a felony to provide best practice medical care to transgender youth.

As for our LGBTQ+ friends in Texas, there is hope. Texas state executives have attempted to limit or restrict medical care for transgender youth, but state law does not ban this care.

” As reported by Equality Texas, ‘On February 18th [2022], in the middle of early voting for the Texas primary elections, Attorney General Ken Paxton released a non-binding opinion grossly mischaracterizing medically necessary, best-practice healthcare for transgender children as child abuse. Shortly after, Governor Abbott sent a letter to the Department of Family Protective Services (DFPS) directing them to enforce Paxton’s opinion.’ These actions do not change the law in Texas and are not legally binding (in fact, their very legality is being directly challenged in court), but they have nonetheless caused harm and even initiated investigations into families of transgender children in the state. These investigations were temporarily halted by a statewide injunction, until a Texas Supreme Court ruling in May 2022 ended that injunction. However, the Texas Supreme Court also ruled that the governor had no authority to order such investigations.” LGBTmap.org states.

Several anti-LGBTQ and anti-trans bills have been introduced to try to put more medical bans in place in various states across the U.S.. You can track those here.

Only 17 states require coverage for infertility treatments that queer couples may need, such as various insemination techniques and hormone therapy to stimulate egg production.

In vitro fertilization (IVF)  is a common technique used to fertilize eggs outside of the female’s fallopian tube with sperm from a donor. Once eggs are fertilized, they are then placed back inside a women’s uterus and monitored to see if any of the eggs have been implanted. It is only then that the woman undergoing IVF is considered pregnant. If no eggs are implanted, then the procedure may be done again. Each time the procedure is done, it’s considered a “round.”

Because of the intensiveness of the procedure, rounds of IVF treatment range from $12,000-17,000 dollars. IVF is an expensive procedure but one that may be needed for queer family planning. It is important to look under your “summary” or “explanation” of benefits to see what is covered. It is also possible that your insurance provider may offer some type of coverage for a part of the IVF procedure but not the procedure in its entirety.

Related: Why We Need to Be Talking MORE About The LGBTQ2S+ Community When We Talk About Money

The LGBTQ community faces a variety of barriers when it comes to healthcare and sometimes, it can be your very own doctor. Like any other person, Doctors can hold prejudice, be homophobic, and transphobic. As a result, this may prevent you, or the ones you love, from receiving traditional health care. Along with homophobia and transphobia, doctors may not be knowledgeable in health issues like HIV preventive care or challenges that are unique to each population of our community.

Formerly known as the Gay & Lesbian Medical Association (GLMA), the Health Professionals Advancing LGBTQ Equality, is the world’s largest association of LGBTQ healthcare professionals. The GLMA goes through a deep screening process to bring you resources that you may need about a doctor’s inclusivity and how to find the provider closest to you for your own unique needs.

Those who have HIV are not new to having issues with America’s healthcare situation. As a matter of fact, the US hasn’t always been kind to those with HIV although acceptance and understanding of this disease are much better. But it’s still a struggle with health care, including preventive.

Pre-exposure prophylaxis (PrEP) is an antiviral that reduces the spread of HIV. Under the ACA, PrEP is considered preventative medicine and should be covered under most health insurance policies, especially those that are newer. Unfortunately, since it is such an expensive drug that includes routine bloodwork to check for kidney damage, insurance companies will try their hardest to not cover it.

Formularies rank how expensive medical treatment or medicine is based on a tier system. After they’ve determined the price, and how much they are willing to pay for it, they will then ask you for a copay. This is most commonly used at the pharmacy when picking up a prescription. Insurance providers use the formularies practice to bill unsuspecting PrEP users with medical bills that can range into the thousands. There are free and easy ways to seek treatment and have this cost covered, yet they refuse to go the extra step.

It’s important to know that at least the generic version of  PrEP is covered by most insurance plans, but there are also ways to afford this medication if it is not. Gilead, who is one of the drug makers behind PrEP offers co-pay assistance programs and there are states that even offer assistance programs.

Even with the advancements in LGBTQ+ healthcare, it can be difficult to find adequate healthcare that you can afford.

Once again, it’s important to know you’re rights and options when it comes to your healthcare. You and you alone are your own best advocate so use your voice and be heard. 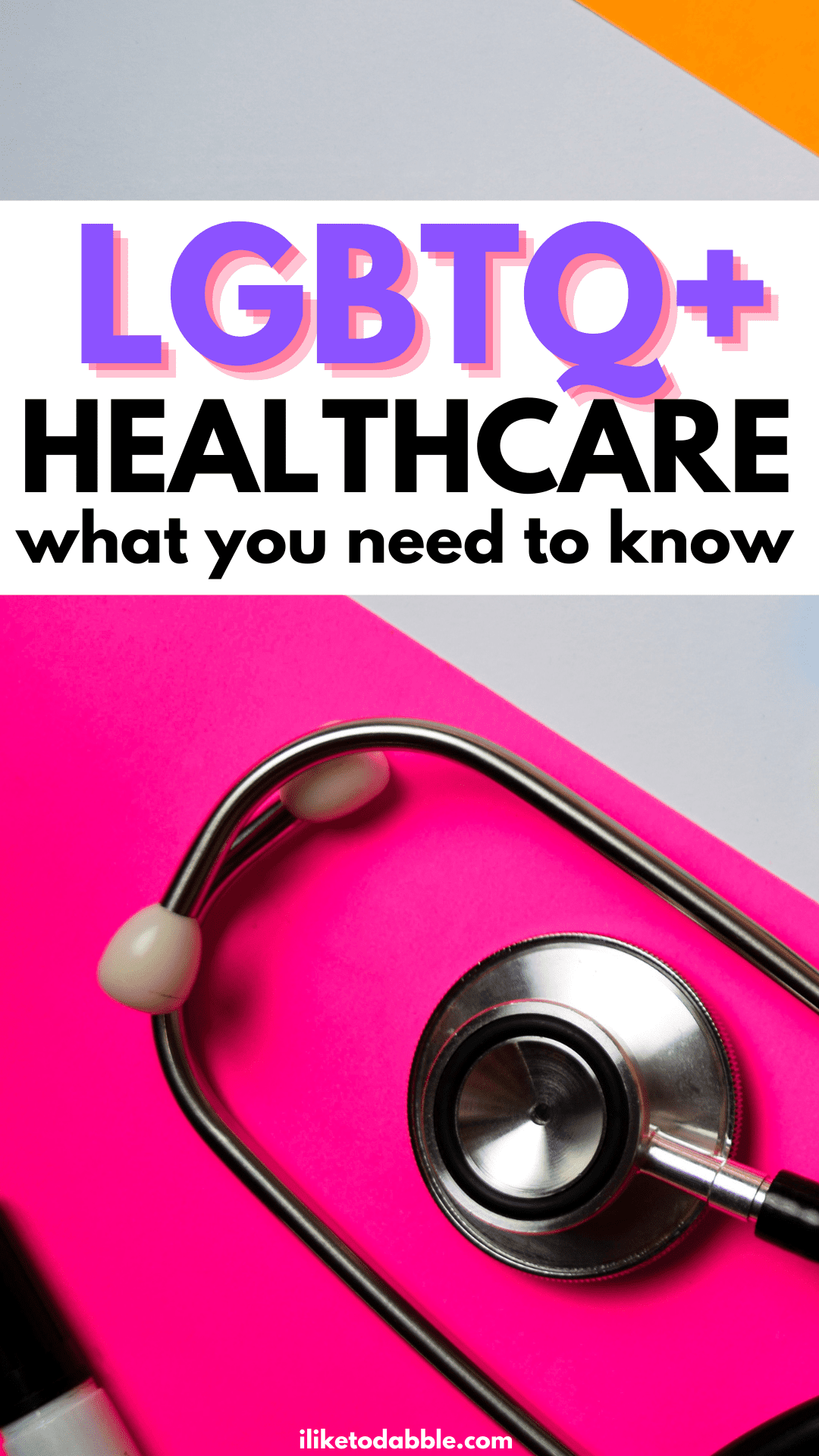 Once homeless in high school, Athena Valentine Lent is now an award-winning nationally published financial columnist for Slate Magazine. When not working, she can be found reading a Stephen King novel with her main man, a polydactyl cat named Harrison George.