This is the 11th article in my newest series, Entrepreneur Stories. This series centers around a variety of different side hustlers and entrepreneurs, their unique journeys and how they make it all work.

It makes me so happy to feature so many amazing people and stories so far, including this one. I hope that these stories help inspire and empower you in your own experience and journey (if you’re an entrepreneur or if you’re not and still want inspiration for something else you want to start in your life).

This interview is with Giovannie Espiritu, an actress, filmmaker and entrepreneur. As with most of these entrepreneur stories, they have been mainly about online entrepreneurs and I have never featured an actress before! When I heard Giovannie’s story, I had to share it.

As a huge film buff myself, I admire her grit. Scroll on for her story!

Tell us a little about yourself and your business.

I’m a creative slashie: meaning I’m an actor SLASH writer SLASH director SLASH producer SLASH acting coach. Each one of those titles is pretty much a business endeavor in itself, but the business I am mainly known for as an entrepreneur is my acting coaching business for kids and teens: HollywoodActorsWorkshop.com.

I was just named as one of the top 40 Audition Coaches in Los Angeles by the Hollywood Winners Circle founded by Wendy Alane Wright, a top talent manager. My students are represented by the top agencies in the Bay Area and Los Angeles and notable student alumni include William Lipton (Daytime Emmy Nominee, Cameron on General Hospital) and the Espina Sisters (Hosts of Dreamworks’ “Life Hacks for Kids on the Road”).

In my spare time, I rock climb and advocate for Domestic Violence Awareness/Prevention and LGBTQ equality. I served on the Board of Directors for C.O.R.A. (a Bay Area domestic violence hotline and agency) and was awarded a Certificate of Recognition from the Senate for my community service.

I was teaching acting at several other schools, but I was also a single parent to a toddler, so I needed a way to make more money. I saw that I would make more if I opened up my own classes instead of teaching for other people.

Starting a business is not easy. What was the hardest thing you faced when getting your business off the ground?

The biggest expense at first was finding a place to teach. I first did trades – I would give a student free class if I could hold the class in their office/place of business. Once I was able to save enough money for a deposit and the first and last at a place of my own, I took the leap. I got the furniture (mainly chairs for students) at pre-owned office supply shops.

One of my main challenges (then and now), is that I look young and a lot of people take one look at me and think that I don’t know what I am talking about. That’s probably why I developed a niche of being the go-to audition coach for kids/teens because parents trust me and the kids respect my authority… albeit, I do get goofy at times. Adults are starting to not question my years of experience, but mostly young women.

Did you have any sort of savings that you applied towards getting your business up and running or did you take out a loan? Can you guide us through how that was like?

[See the last question’s answer] Like I said earlier, I did trades for a long time until I saved up enough to have my own space.

How long did it take to actually start profiting from your business?

I feel like it took about 2/3 years to really feel comfortable with the expense/income flow.

What legal issues/roadblocks (if any) you experienced during this start-up period?

I would say, not knowing my worth and giving too much of my expertise away for free. I still do that today and don’t quite know where the line is.

How do you find the time to still tend to your own personal life and needs?

I try to listen to my body and intuition more. But I try to stop when I get tired and give myself little breaks throughout the day.

What did you do in regards to finding health insurance and contributing to retirement?

Still figuring this one out. I have a pre-existing condition, so most plans, even with Covered California are through the roof. I need to start thinking about retirement… as a single mom/entrepreneur, things have mostly been month to month survival mode… but I am starting to change that.

What tools do you use and recommend to others to help manage your time, life and overall well-being while running a business?

What was one book, online article or another form of inspiration that guides you through your day-to-day work?

I just finished “Overcoming Underearning” which talked a lot about valuing yourself and reprogramming the messages that you have learned since childhood about money.

Tell us one way your lifestyle has changed since becoming an entrepreneur?

I’ve been one for so long, that I don’t know any other way of being.

What are 3 tips you have for others who are thinking about starting their own business?

Think back to a time before you had your own business. What would you tell the “you” that you were back then?

Everything is going to be okay.

Thank you so much for sharing your experience with us! Any parting thoughts?

Nope, thank you for your time!

I guess I should plug my business. If you have friends that are going into the film/tv biz my website is: hollywoodactorsworkshop.com and my actor/filmmaker website is: giovannieespiritu.com. 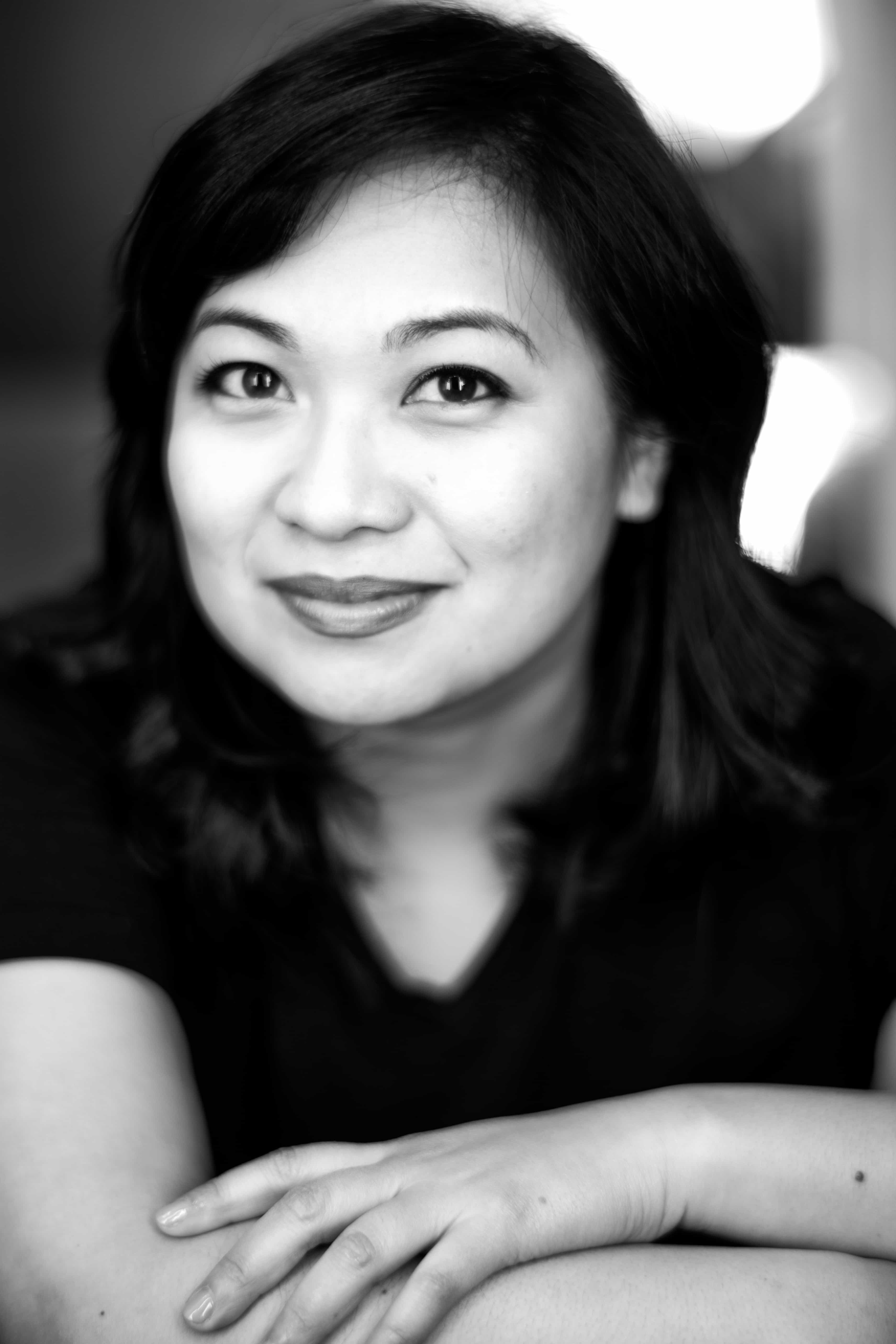 Actress and filmmaker Giovannie Espiritu was nominated alongside Academy Award Nominees Alfre Woodard and Amy Irving for Best Supporting Actress at MethodFest for the Mynah Films feature film Fiona’s Script. Her primetime credits include a recurring role on ER (NBC), Bones (FOX), Gilmore Girls (ABC), and Trauma (NBC). She can currently be seen as the lead in the Amazon series, “Dyke Central,” which was featured in After Ellen, BuzzFeed, Bust Magazine and Curve Magazine as a top LGBTQ series to watch. As a filmmaker, she was featured in Elizabeth Banks’ WhoHaHa Media for her parody song, “An Introvert’s World,” and her storytelling has been featured in Ms. Magazine. A two-time Outfest Fusion Filmmaker, her short film, “Ultra-Feminist,” was awarded Honorable Mention. Her film, “Ally3000,” just won Best Screenplay at the Culture and Diversity Film Festival in Los Angeles.

Claim your free list of side hustles + tons of helpful resources to get started!

Success! Now check your email to confirm your subscription and grab your freebie! 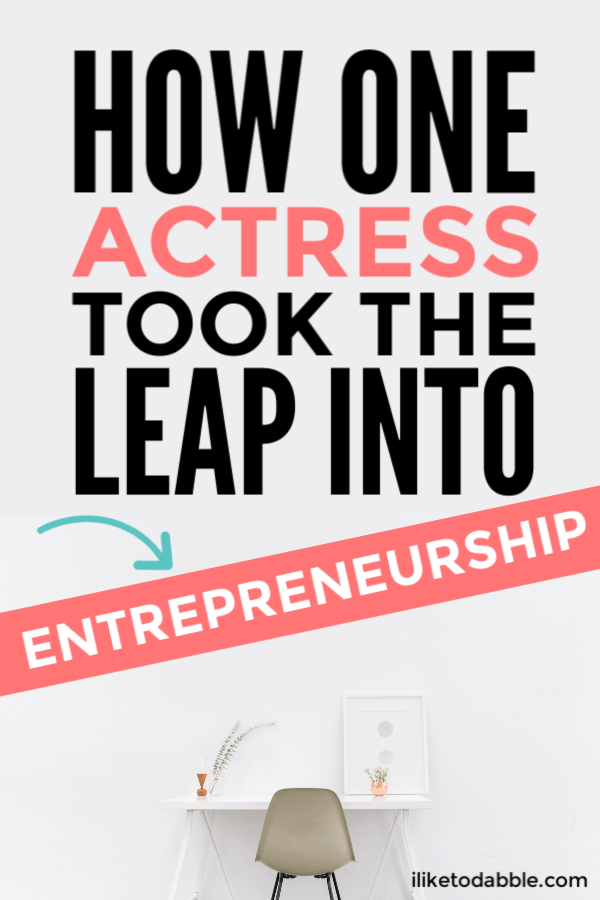